Vila Governador, a residential area in the town of Pinhais, is no longer an irregular occupation. On 25 March, 2015, a third batch of land titles was given to the residents that had paid off the reparation sum owed to the former landowners, thus guaranteeing their ownership rights in compliance with the Brazilian Civil Code (Article 1228, Paragraphs 4 and 5). 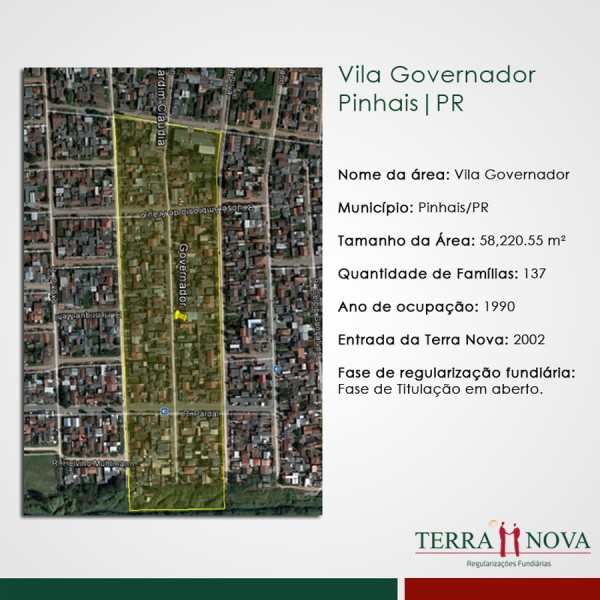 A total of 103 out of 137 families already hold titles to their properties. That was done by means of a Social-Interest Land Regularization Project jointly carried out by the town administration, Terra Nova and the residents’ association. The families were benefited by a municipal act that granted transfer-tax exemption for the first conveyance in areas that qualify for Social-Interest Land Regularization, making procedures significantly less costly for them. 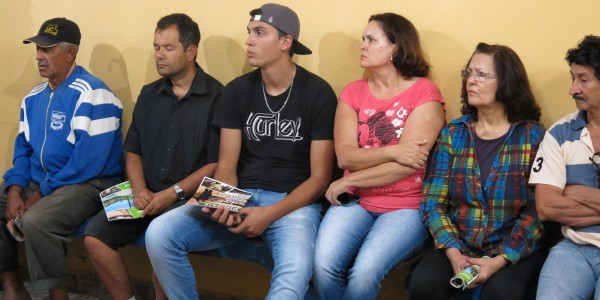 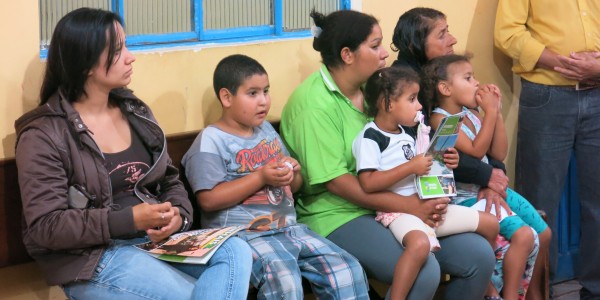 Above: Residents hear a speech during the transfer of titles.

To Mr. Antonio Florêncio Brandão, chairman of the Jardim Claudia Residents’ Association, where Vila Governador is located, the transfer of titles is another milestone in his long struggle at the head of the association. Although the process was complex and slow-paced, his efforts were worth the pain. “Life standards have been improving. I would like to have Terra Nova as a partner in other land regularization projects in the neighborhood, such as in Tiradentes and Sol Nascente”, said Mr. Brandão. At the latter area, adjacent to Jardim Claudia, Terra Nova began talks late last year. 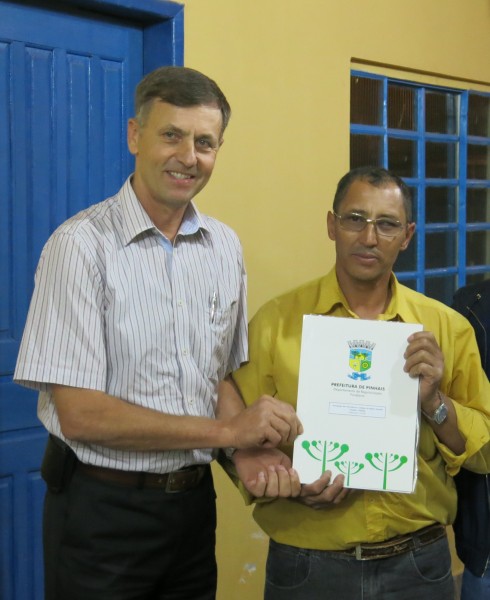 A resident, happy and relieved with the end of the process, following years of installment payments. 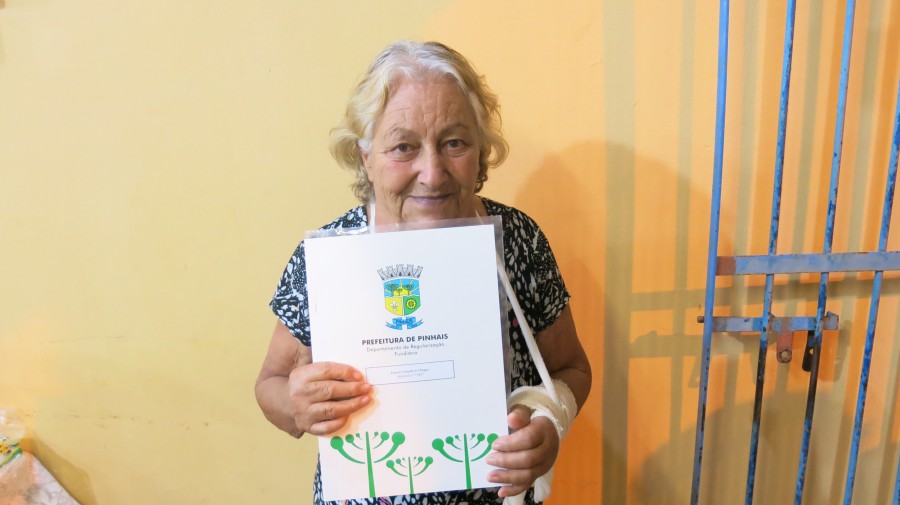